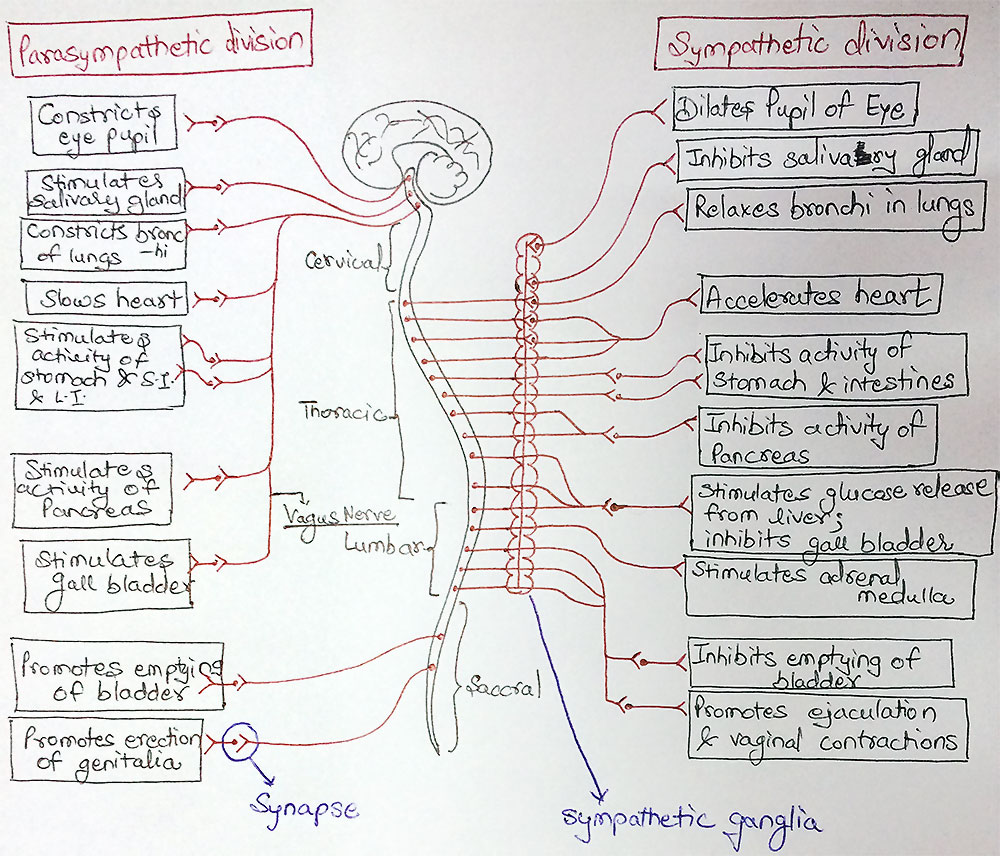 Exception:  Axons of some pre-ganglionic sympathetic neurons pass through the sympathetic chain of ganglia without synapsing and terminate within the medulla of the adrenal gland.

Parasympathetic and sympathetic divisions of the Autonomic Nervous System