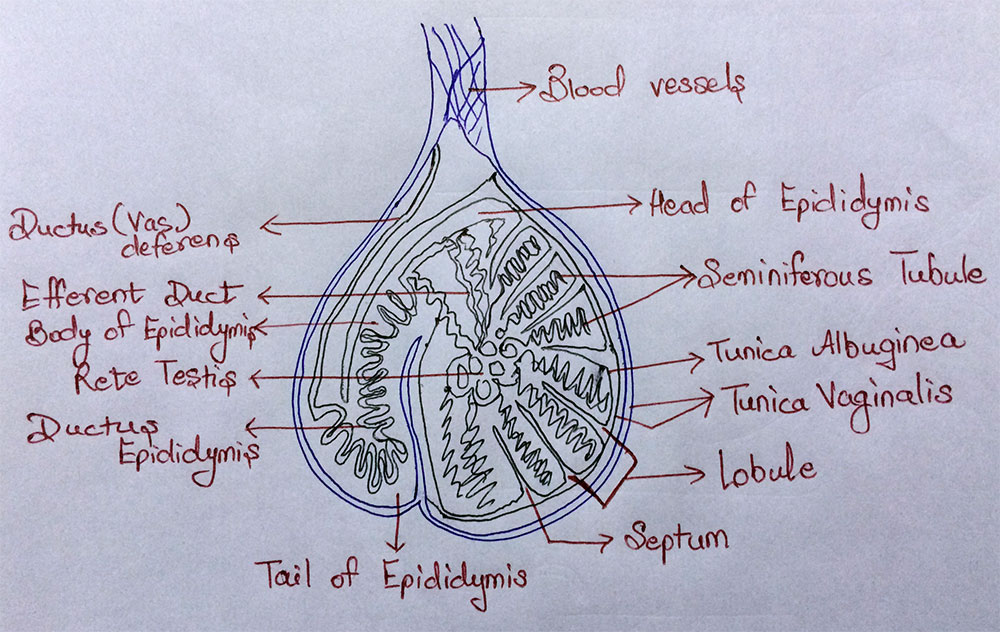 Male reproductive system is located in pelvic region of the body. It includes following organs: NOTE: Cryptorchidism: Condition in which testes fail to descend into the scrotum during embryonic development. Results in insterility.