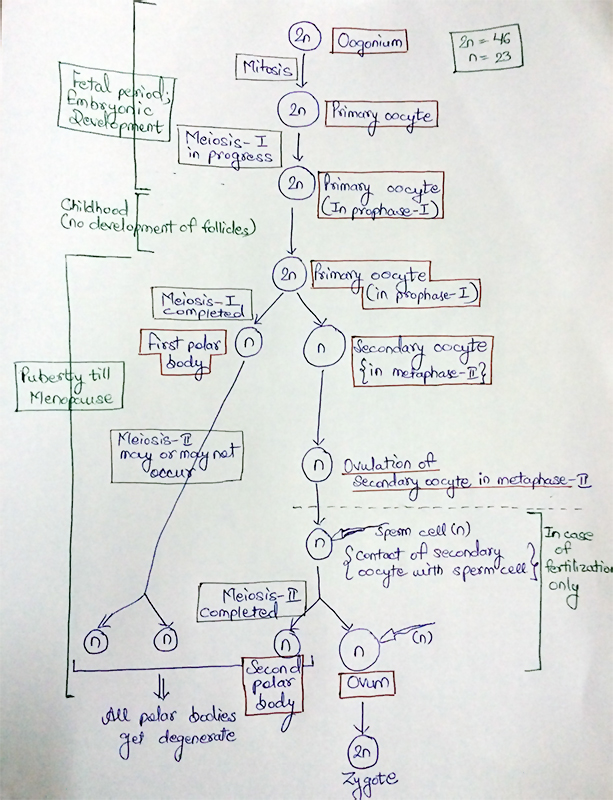 Gametogenesis is the process of formation of gametes by primary sex organs (Testis in males and Ovary in females). Gametes are sperms and ovum in males and females, respectively. So, testis produce sperms in males and ovary produce ovum in females.