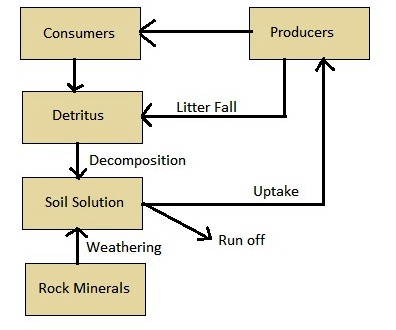 The movement of nutrient elements through the various components of an ecosystem is called Nutrient cycling.