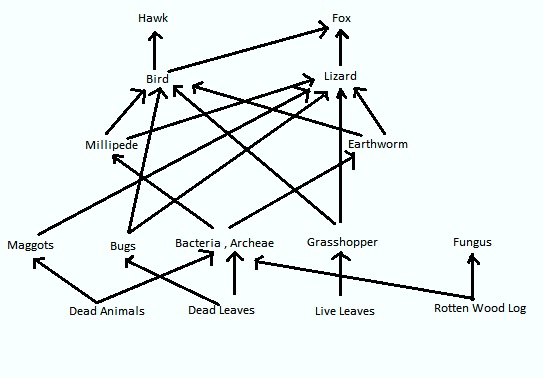 In ecosystem, energy flows through each trophic level in food chains and webs.