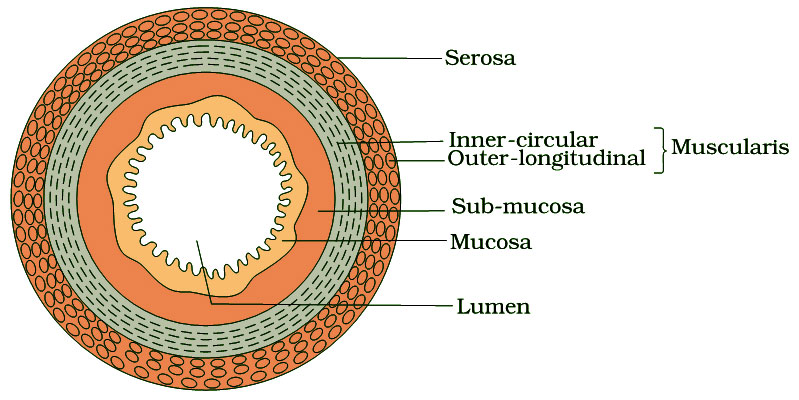 Hello All AIPMT Biology Aspirants, here is the study material of Layers of Digestive Tract. MUCOSA: Innermost layer of digestive tract. It is also made up of Epithelial layer, Lamina Propria and Muscularis mucosae.

SUBMUCOSA: It is present outside of mucosa and is made up of loose connective tissue.

SEROSA:  Outermost/superficial layer and is made up of a thin mesothelium (epithelium of visceral organs) with some connective tissues, also called the visceral peritoneum.

Do check next topic in continuation of this, i.e. modifications in layer of digestive tract in stomach and small intestine.