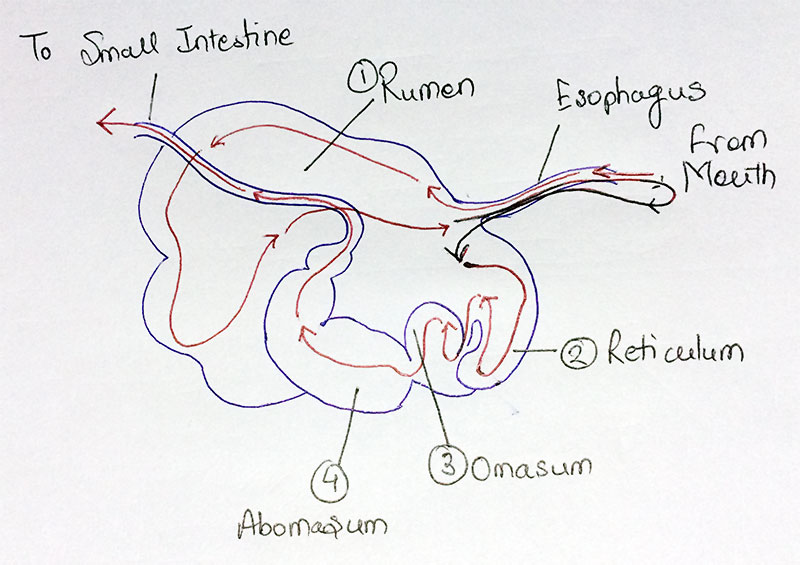 NOTE:  Gizzard is another type of modified stomach found in birds. Birds do not have teeth and cannot chew food into small pieces, but they swallow sand, small stones, seeds, nuts etc. These stones lodge in the gizzard . Gizzard is a muscular sac which contains grit and helps in mechanical digestion of food by pulverization. Birds also have a Crop between esophagus and stomach for storing food.